Unforgotten : the detective drama of the decade?

Death to serial killer thrillers: why the gently subversive Unforgotten is the best detective drama of the decade 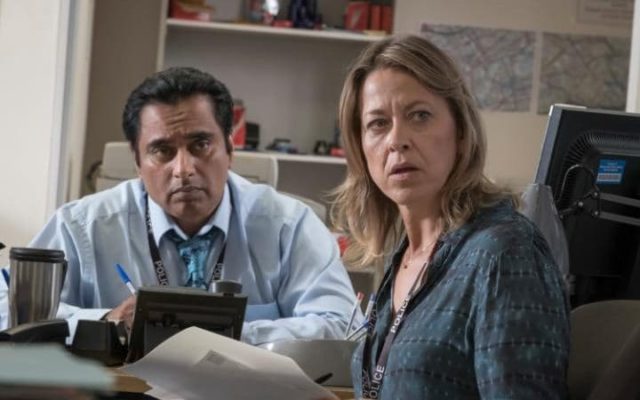 Are you bored of serial killers? Have you had your fill of tortured detectives with messy personal lives? Do you worry about TV drama’s unnatural obsession with sexual sadism aimed at attractive women? I am, I have and I do, and that’s why Unforgotten, ITV’s cold case thriller, currently running on Thursday nights, is such a brilliant antidote to the most depressing of TV trends.

There are many accomplished examples of the genre from the UK and across the globe – Luther, The Fall, The Bridge, Dexter, River, True Detective, Happy Valley – but all – even the justifiably lauded Happy Valley – suffer in comparison to Chris Lang’s drama, now in its second series.

Unforgotten has a placid and unfrenzied air that could almost be described as old-fashioned. In an era where mainstream TV drama is constantly being forced to adhere to a cinematic, often hyper-real aesthetic (see almost all of the above examples), Unforgotten is rooted in social realism. It deals with the discovery of a man’s remains in the River Lea in East London who, it turns out, is David Walker, a Conservative Party consultant who disappeared in 1990.

With an almost Dickensian eye for the state of the nation, Lang weaves together a large cast of characters connected to his death – a gay barrister (played by Mark Bonnar) in the middle of adopting a child with his husband in Brighton; a Muslim secondary school teacher (Badria Timimi), happily married and living in Salisbury but who once worked as a prostitute; a dedicated NHS nurse (Rosie Cavaliero) who has a difficult relationship with her well-heeled Hampstead family on account of her past as a political agitator.

These are fascinating characters, but crucially they are not extreme ones. Lang depicts them as ordinary people, good-hearted and stable, who may (or may not) have done something terrible earlier in their lives and are now being forced to confront the past at a time when they are growing comfortable in middle age.

Lang has explained that the inspiration for this series came, in part, from watching the case of Stuart Hall, the former presenter of It’s a Knockout who, having previously pleaded not guilty to 14 historic cases of indecent assault, suddenly switched his suit. Lang carefully addresses that gap between the person we think we know and the reality, the pain that comes with readdressing who someone really is.

But perhaps the most oddly subversive thing about Unforgotten is the way in which it portrays the police. DCI Cassie Stuart and DS Sunny Khan (played by Nicola Walker and Sanjeev Bhaskar) are nice people who are good at their jobs and care for their colleagues and the people enmeshed in the David Walker case.

They are not flawed geniuses (like Idris Elba’s Luther), nor do they have some sort of mental disorder (like Gillian Anderson’s Stella Gibson in The Fall), nor are they mavericks who get results against the odds (pretty much every TV detective of the past 30 years).

In their unremarkable, unquestioning dedication, Stuart and Khan resemble Helen Mirren’s Jane Tennison in her earliest incarnation – before the producers of Prime Suspect decided to give Tennison a drink problem, a move which prompted series creator Lynda La Plante to disown the show.

The idea of Stuart and Khan going home after a long day’s graft and cooking a lasagne hardly sounds like a recipe for gripping drama, yet these characters are never dull. Much of this is down to Walker and Bhaskar who both give sensitive, emotionally smart performances.

But there is also something endearing about their essential niceness which Chris Lang paints in subtle shades – notably Khan’s disastrous attempts at online dating and Stuart’s gently fractious relationship with her father (who has a few secrets of his own, and is played, rather disarmingly by Peter Egan, best known for cuddly sitcom roles).

These and indeed the rest of Unforgotten’s serpentine sprawl of characters are sympathetic because they are real: not because they are the grand guignol constructs of some show-off writer determined to impress TV executives with the darkness of his imagination.

I hope that Unforgotten will start a new trend in TV detective drama – one that puts character first, unpeels intelligent layers of plotting, and remains resolutely resistant to extreme personality traits. The serial killer thriller has had its day.