The creator and screenwriter of ITV’s Unforgotten has revealed that a disastrous New Year’s Eve getaway with his friends was the starting point for the latest series of the murder drama, which investigates the notorious disappearance of a teenage girl at the turn of the millennium. 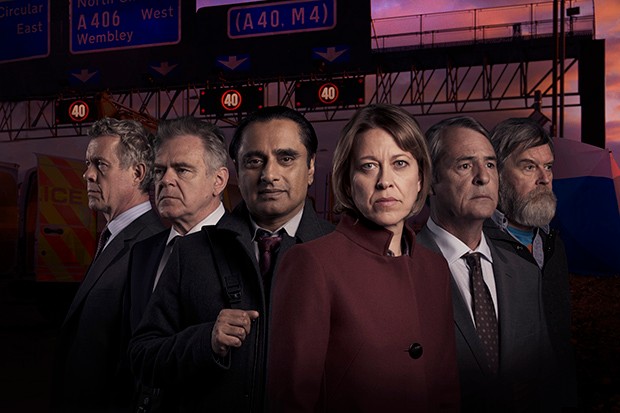 In series three, the suspects are four mates who had rented a holiday home nearby with their wives and kids for a long weekend.

Although all four men initially tell DCI Cassie Stuart (Nicola Walker) and DI Sunny Khan (Sanjeev Bhaskar) that they had a quiet night in, it soon emerges that this wasn’t quite the case; ugly memories of drink, drugs, marital breakdown and mental illness are laid bare.

“The inciting incident was slightly precipitated by a weekend away I had with four mates and our wives in 1999 – which didn’t go entirely to plan,” Lang explains on the set of Unforgotten in Buckinghamshire, where Walker and Bhaskar are filming their police station scenes.

“I have to say, no one was murdered. It was a volatile time for a few people and it was New Year’s Eve and it didn’t go entirely as planned. Some things were sort of aired about where people were in their lives and relationships and emotional places.

“And I’d like to say all those involved in it are still very happily married and together and everything. But it’s an extraordinary time, New Year’s Eve, the time when you think you’ve got to be celebrating and having a good time.”

After an experience like that, you won’t find Lang popping the champagne corks and singing Auld Lang Syne.

Reassuringly for Lang’s friends, the collection of characters played by Alex Jennings, James Fleet, Kevin McNally and Neil Morrissey are not actually based on real life, even if their holiday served as inspiration. (read the full interview)