British crime series from Inspector Morse to Midsomer Murders have long dominated linear television schedules in the UK and show no sign of slowing down. The man responsible for many of the latest gruesome hits is Chris Lang, creator of ITV’s Unforgotten and Innocent.
(by Peter White for Deadline, July 31) 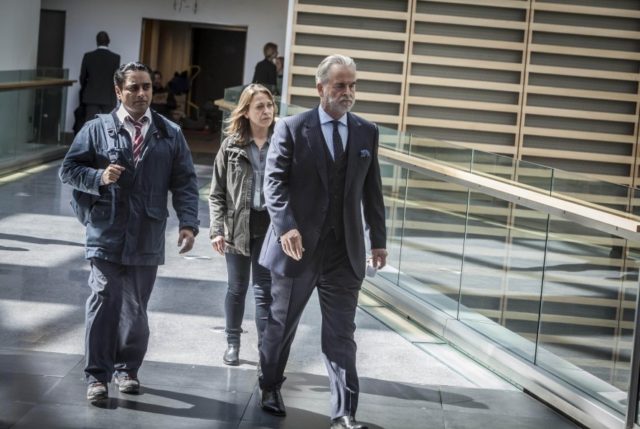 Lang tells Deadline why this new generation of police dramas is resonating with audiences and why he is interrupting this murder spree to focus on a number of more lighthearted, romantic comedy projects.

Unforgotten is currently in its third season and the Mainstreet Pictures-produced series is averaging 6M viewers a night, despite fierce competition from Aidan Turner’s sythe-wielding drama Poldark. The show follows two London detectives, played by The Split’s Nicola Walker and Sanjeev Bhaskar (Goodness Gracious Me) as they work together to solve cold case murders and disappearances. The first series explored the case of the death of a 16-year old schoolboy, the second investigated the murder of a political consultant and the current season looks at the killing of a schoolgirl who disappeared on New Year’s Eve.

The show has managed to retain its audience – helped by streaming catch-up figures – in its latest incarnation despite moving to a Sunday night slot. Lang said, “I wasn’t entirely convinced by the scheduling of the show but it won the slot and beat Poldark eventually. People love the cast and the actors that we’ve attracted are the actors people want to watch. It’s not easy to lead an audience through a procedural whilst retaining humanity and warmth and wit and they both do it effortlessly.”

He said that crime procedurals are just good devices to tell broad stories. “Shows like mine and other cop shows are sold as genre shows but really it’s just a hanger on which to tell human interest stories. They happen to provide a good structure with a beginning, middle and end with a resolution as well as more complexity but really you’re looking at how people live their lives. People will always be fascinated by that and the police element is just a wrapper.”

Lang is currently considering whether he wants to bring the pair back for a fourth series. “ITV has asked for more and the truth is I don’t know. If I can get the team together, I have ideas, that’s never an issue, but it’s whether we can pull the same team together. There are very few shows on telly, if any, where you have the same director [Andy Wilson] for 18 hours and the same production team and editors. We all know what we’re working towards and to do another one, we’ve got to make it even better, which is quite a big ask.”

(read the full interview at Deadline)