When times are tough, we turn to detective fiction. Arthur Conan Doyle’s first Sherlock Holmes story was published during the long depression of 1873-96. Raymond Chandler’s hardboiled ’tec sprang from the 1930s slump. In 2020, as the pandemic ravaged us all, detective fiction offered resolution and even a sense of justice being done.

As 2021 gets under way, television is proving the point. Death in Paradise, McDonald & Dodds and the mighty Unforgotten are hauling in ratings and critical plaudits, all offering detectives who are, for want of a better word, ordinary. Wildly different though they are, these are not shows in which the divorced alcoholic cop returns to a lonely TV dinner and stares blankly into space for hours on end. These are shows where comprehensibly irascible people track down killers and problems are solved. They are stories of a society that works.

“I think these shows have an innate sense of decency and optimism that underpins them all,” Unforgotten’s creator Chris Lang explains. “It’s compassion and a belief that people are essentially good. If I had to define the essential DNA of Unforgotten, it’s that good people can do bad things.” 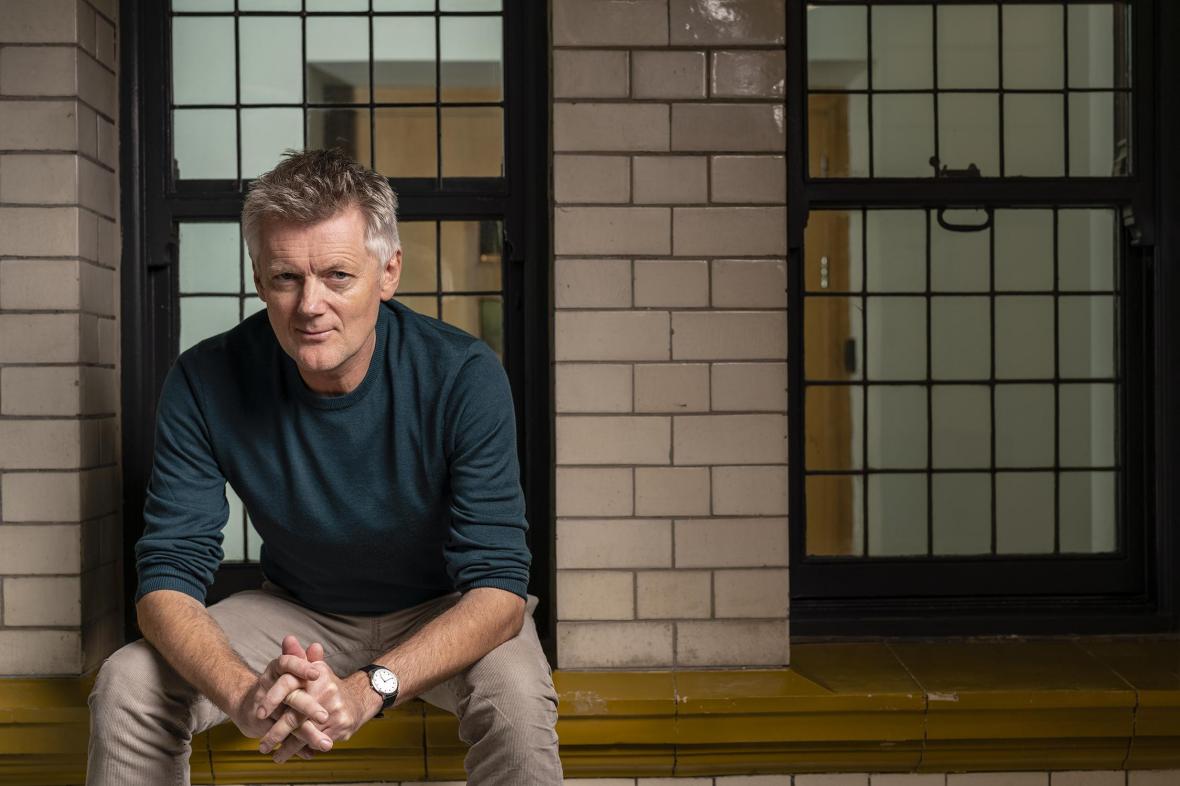 For those who haven’t tried it, Unforgotten is a cold case show in which Nicola Walker and Sanjeev Bhaskar are detectives who solve decades-old crimes, bringing justice to those long dead and punishing those who thought they’d escaped. Its guiding principle — and that of the real-life police units that inspired it — is remarkable: that a wrong committed is still wrong, even if it took place 30 years earlier. Families deserve comfort, killers deserve justice.

Lang, 59, whose long career writing TV drama began on The Bill after a brief career as an actor, was inspired by the 2012 arrest of the TV presenter Stuart Hall for child sex offences.

“I remember seeing him with his lawyer outside Preston crown court, suddenly changing his plea to guilty, and I was thinking about the adjustments taking place that very second with his wife, his son and daughter, his colleagues and of course the British public and our relationship with him,” he says. “That’s why in Unforgotten we see the antagonists at the outset, living normal lives, but having done something extraordinary underneath it.”

In the past eight years, he argues, we’ve seen polarisation in all aspects of life, whereas reality is nuanced, complicated and messy. His show, he says, is about how the more certain we become, the more dangerous things get. In season four, for instance — spoiler alert if you haven’t watched the first two episodes — Lang’s cops’ focus turns inwards after the decapitated corpse of a Millwall fan is discovered in a freezer after a house clearance. The suspects were police officers at the time, now living complicated but largely successful lives. Walker’s character, Cassie, is on their trail, although, forced back to work to retain her generous police pension, ambivalent about her career.

“I’m constantly confused by my conflicted relationship with the police,” Lang admits. “I’ve had many police officers as advisers, and I’ve always found them extremely delightful. I remember reading about the London Bridge attacks where an off-duty copper managed to fend off a terrorist and was seriously wounded. I was very moved by the privilege of having people like that looking out for us. Yet we also know the negative side of the police: the endemic racism, an inability to admit their mistakes, corruption, all sorts of problems. It’s both a love letter and a j’accuse to the police.”

This new uncertainty, I say, is curious in a writer whose deft plotting has made him one of the UK’s most successful TV exports. While we are gorging on Scandi noir or Call My Agent!, European viewers can’t get enough of Lang’s shows — his work is constantly remade; his 2012 drama A Mother’s Son is being filmed in Finland, the fourth country to adapt it.

“I like writing stories that provoke fundamental debate that transcends cultures,” he says. “The litmus test is: does it make my friends disagree? In A Mother’s Son, the question is: if you suspected your son had killed someone, would you hand them over to the police? I was going to a party with about 20 friends, threw the question out there and they all started arguing. I thought, ‘OK, yes, that’s a good pitch.’”

“The first day I met him, I was struck by how unbelievably funny he was,” he recalls. “We had the odd line in Coriolanus, but we mainly brought furniture on. By chance we ended up writing a short sketch and putting a little show together for Nottingham Playhouse. It was about Robin Hood giving an interview; Hugh came on dressed as Robin in a very fetching Lincoln green doublet and hose, and the zinger line was, ‘When did you first realise you were merry?’” He permits himself a quiet grin. “Still gets a laugh. We did sketches for a few years, a bit Not the Nine O’Clock News-y. And we did a TV show that was dreadful . . . Then — for some reason — he decided being a global movie star was a better career move. But the Hugh Grant you see in Paddington, that’s his natural home.”

Lang wrote sketches for Mel Smith and Griff Rhys Jones, got fired by Jonathan Ross and joined The Bill’s writing team “because they were looking for writers, and they might give me a job”. He gradually built his career, but was knocked off course by his first wife’s suicide 15 years ago.

“Suicide is such a brutal, brutal grief and loss to suffer.” He pauses. You don’t have to respond, I say. He shakes his head. “I don’t think I would have been as optimistic as I am now if it hadn’t happened, because there is nothing more guaranteed to allow you to see the good in humanity than when you suffer deep pain and tragedy yourself. I was just enveloped by love, care, compassion, as were my children. Coming out of this just extraordinarily awful thing, there was all this beauty and love. I don’t think I’d have had the faith in society that allowed me to write Unforgotten before.”

With Unforgotten, he feels he has fused all he has learnt about work and life, but, he stresses, that doesn’t give him answers. “I’m still trying to understand human nature and its complexity, increasingly so in a binary world. Unforgotten is political with a small ‘p’, and I would like to explore that more. As I’ve got older, I’ve become more politically aware. I’d like to articulate some of the wrong turns I think our country has taken.”

(read the full interview at The Sunday Times)