‘The Thief, his Wife, and The Canoe’ commences shooting.

Monica Dolan and Eddie Marsan take the roles of Anne and John Darwin in ITV’s The Thief, His Wife and the Canoe, written by acclaimed screenwriter Chris Lang and produced by award winning producers, Story Films

Renowned actors, Monica Dolan and Eddie Marsan, will play Anne and John Darwin in the extraordinary and compelling ITV drama, The Thief, His Wife and the Canoe. 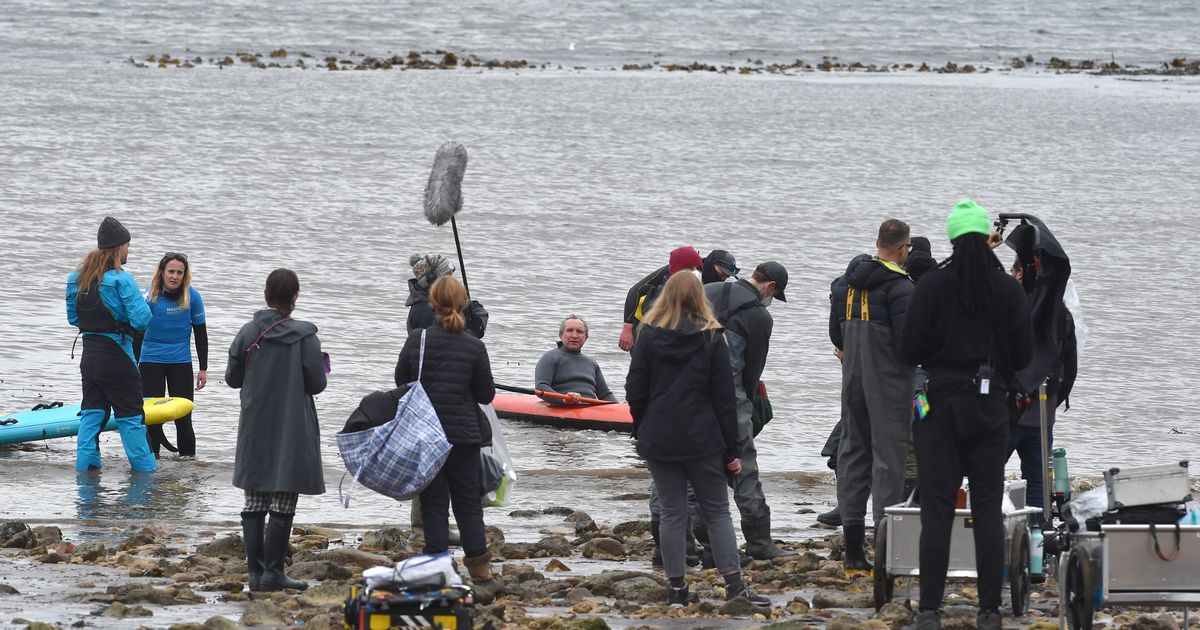 “I am beyond delighted to be working with two of the finest actors of their generation. I have admired them both from afar for many years (not in a creepy way though) and cannot wait to see them bring Anne and John Darwin to life.”

The drama will focus on how Anne Darwin, played by BAFTA-winner Monica Dolan (Appropriate Adult, W1A, A Very English Scandal),  became complicit in her husband’s deception as she started to convince the world, their family and friends, the police and insurance companies, that he had gone missing in 2002 whilst canoeing off the coast of Seaton Carew in Cleveland, where the couple owned two large houses with panoramic views of the sea.

The deception was to take its toll on Anne who lied to their sons, Mark and Anthony, for five years whilst her husband, in the early days of the fraud, secretly lived in a bedsit next door to the home he shared with Anne.

Devastated by the loss of their father, neither son had an inkling their parents were capable of such treachery. Anne and John Darwin eventually decided to leave Seaton Carew and move to Panama City to start a new life together before their secret was exposed by the discovery of an infamous photo of them posing in a Panama real estate office in July 2006.

At her trial Anne Darwin pleaded not guilty, arguing that she had been coerced into the plot by her husband, but the jury didn’t believe her. She and her husband were both jailed for more than 6 years.

They will be joined by the celebrated screenwriter of Unforgotten and Innocent Chris Lang (The Hookup Plan, Dark Heart, A Mother’s Son) who also executive produces the four part series.  BAFTA winning director, Richard Laxton, (Honour, Mrs Wilson, Mum) directs each of the four episodes.

The Thief, His Wife and the Canoe is based upon the unpublished manuscript written by journalist David Leigh who was the first journalist to track down Anne as she was on the verge of setting up a new life in Panama.

Monica Dolan and Eddie Marsan will be joined in the cast by Mark Stanley (White House Farm) and Karl Pilkington (Sick of It, Derek).

“I’m so thrilled to be working with Chris Lang, one of our greatest writers and to get the chance to work with Monica Dolan. The story of how and why John Darwin faked his own death to defraud insurance companies is fascinating, and if it weren’t fact, you’d think it unbelievable. I can’t pretend to understand what was going on in his head when he made those choices, but I’m going to do my absolute best to portray him, and I can’t wait to get started.”

“The Thief, His Wife and The Canoe tells the story of surely the most outrageous fraud of modern times – and my favourite kind of drama is when the outrageous comes from the prosaic. As breath-taking as their managing to pull this deception off in the first place, is how spectacularly the couple wrecked it for themselves as soon as they had got away with it.”

London based independent production company, Story Films, was created by David Nath and Peter Beard with the aim of producing creative, bold and thought-provoking programmes.

The drama has been commissioned for ITV by Head of Drama Polly Hill and will be produced in association with All3Media International.