This is the description text for the “Trailers” category. You can easily edit this from the category description field in WordPress. 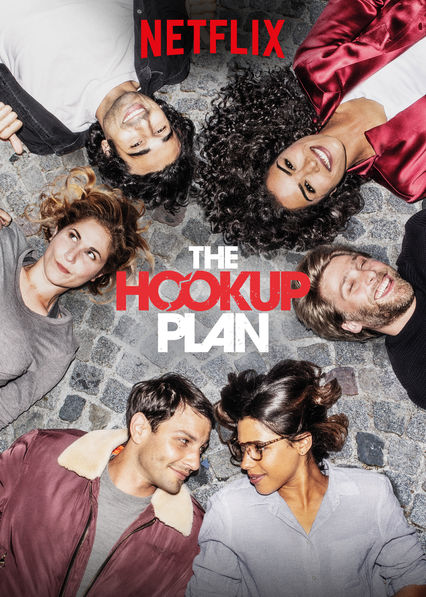 Elsa, on the verge of turning thirty and stuck in an uninspiring job, finds herself still hung up on her ex-boyfriend more than two years after they borke up. She is obsessed by his new girlfriend – who has quickly become his fiancée. Hoping to help her break out of her rut and boost her flagging confidence, her friends decide to hire Jules, a high-class male escort to take her on a few dates. But their plan works a little too well…  when Jules, falls for Elsa, and she for him… 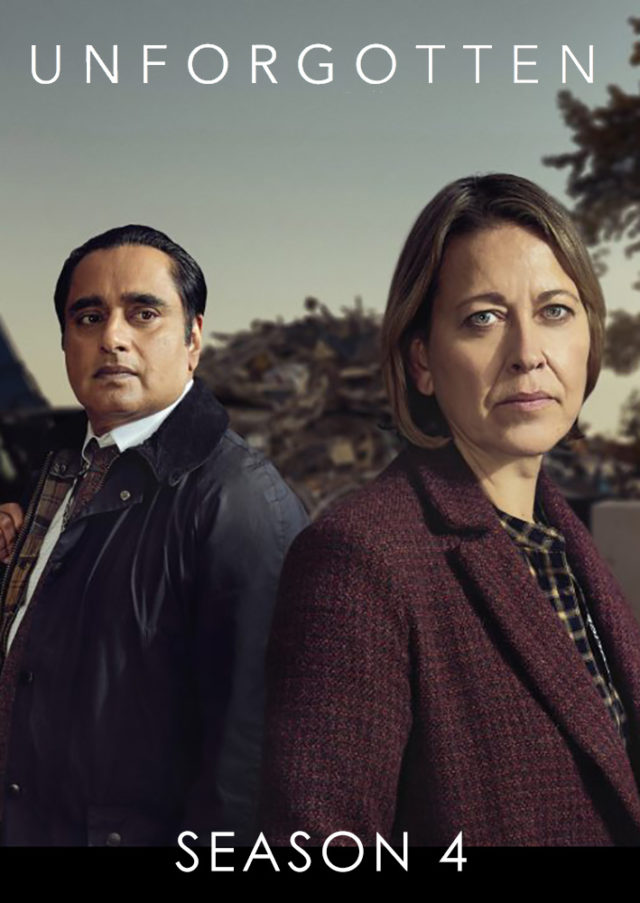 The discovery of a dismembered body in a scrap metal yard, believed to have been stored in a domestic freezer for decades…

A unique tattoo on the corpse leads to the discovery of a 1990 crime involving four people now spread around the country. Ram Sidhu and his wife Anna live in London, with Liz Baildon and her fiancée Janet in Cambridge, Fiona Grayson and her partner Geoff in the Peak District, and Dean Barton and his wife Marnie living in Rochester.

The investigation threatens to shatter their reputations, family relationships and lives.

‘In its hinterlands, its human understandings, it is as blisteringly good television as you’re likely to get.’
The Observer

‘An icy delight. One of the best and most elegant (cop drams) with its subtle script, understated acting, and, of course, Nicola Walker.’
Sunday Times, Camilla Long

‘The sweetest professional relationship ever to grace TV.’
The Guardian

‘As ever with this enthralling series, you’re sure to be left counting the hours until the next instalment.’
The Sun

‘It’s one of the classiest cop shows on the box.
Daily Mirror

‘Unforgotten is easily five-star. It’s one of the classiest cop shows on the box’
Sunday Express

‘Expertly crafted police drama that has given the cold-case format a new lease of life.’
Mail on Sunday

‘Its slow-build storylines and top-notch performances marking it out as one of the best crime dramas.’
Metro 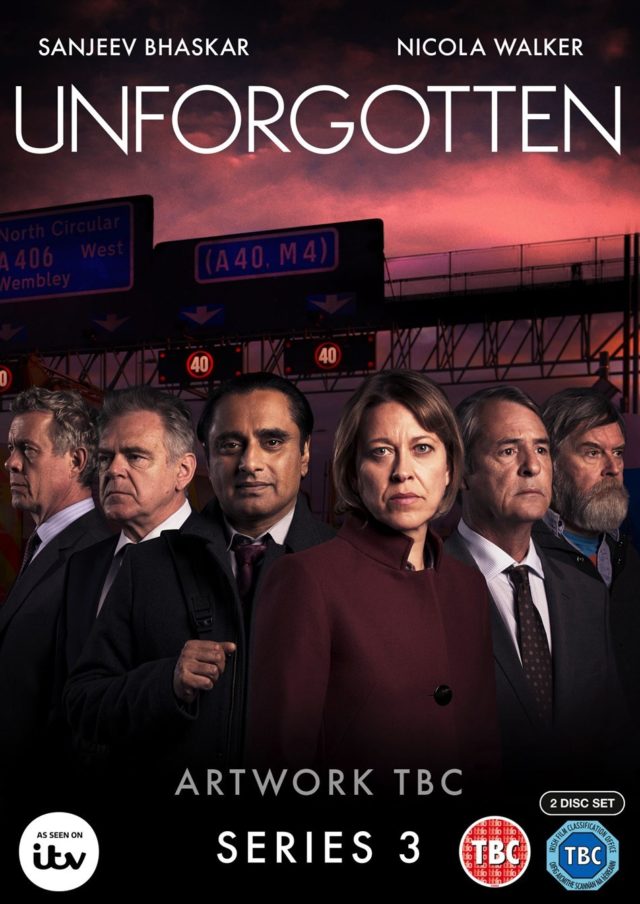 When the body of a teenage girl who went missing at the turn of the millenium is found at a building site off the M1 motorway, four men – a close-knit group of old school friends that have stood by one another through thick and thin – are placed under the spotlight and their relationships are tested to the limit. We also delve deeper into Sunny and Cassie’s own personal lives this series, experiencing the effects that the cases have on their own relationships and well being.

Set across the south of England in locations including Norfolk, West Sussex, Bristol, Hampshire and London, the new series will explore how everyday lives can be fractured and destroyed by one event, showing that appearances can often be deceiving.

Hailed the “best detective drama of the decade” by the Daily Telegraph and “crime drama of the highest class” by The Guardian,  the first two series proved hugely successful with viewers and critics alike, with the last series receiving an average consolidated viewing figure of over 6million with a 21% share. 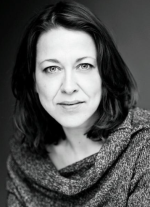 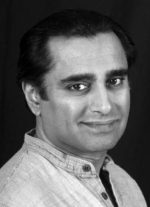 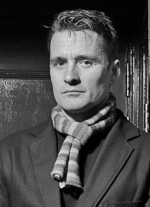 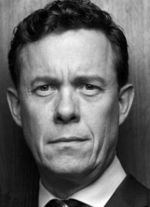 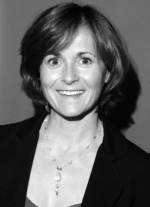 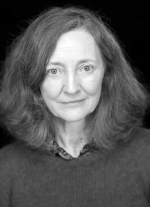 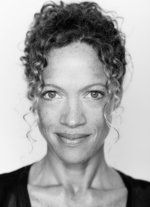 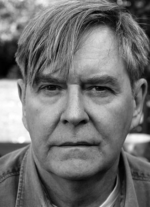 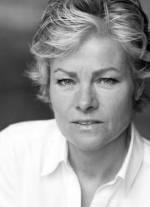 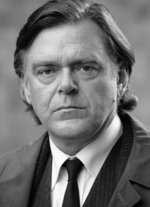 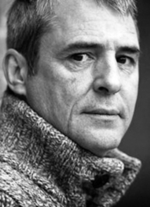 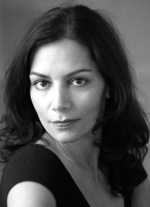 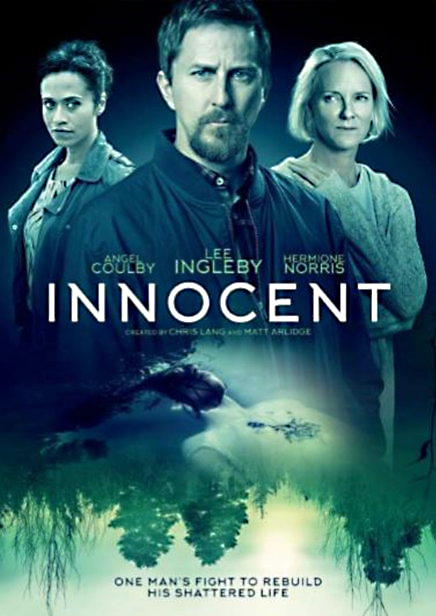 Convicted of murdering his wife Tara, David Collins has served seven years in prison. He’s lost everything he held dear: his wife, his two children and even the house he owned. He’s always protested his innocence and faces the rest of his life behind bars. His situation couldn’t be more desperate.

Despised by his wife’s family and friends, his only support has been his faithful brother Phil (Daniel Ryan) who has stood by him, sacrificing his own career and livelihood to mount a tireless campaign to prove his brother’s innocence.

Convinced of his guilt, Tara’s childless sister Alice and her husband Rob are now parents to David’s children and thanks to the proceeds of David’s estate enjoy a comfortable lifestyle. For Alice there’s no doubt of his guilt and she’s utterly devastated by the prospect of David’s appeal and re-trial.

DCI William Beech who led the original investigation into Tara’s murder has a lot to lose if David’s conviction is rendered unsafe, and could see him professionally humiliated and even suspended.

To David’s astonishment he is acquitted on a technicality and although suspicion still hangs heavy , he is free to walk from court and to begin rebuilding his life . But at what cost to him personally and those around him? Will David win a custody battle to reclaim his children as he seeks to establish his absolute innocence?

The TV drama that has got the whole nation watching….fantastically intense…a spellbinding whodunit. –The Express

A masterfully hard to read performance from Ingleby. –Mail on Sunday

Chris Lang’s vice like thriller should keep viewers enthralled – ‘i’

I will keep watching every day of the week, which is as good a recommendation as any – The Times

Written and created by: Chris Lang and Matt Arlidge 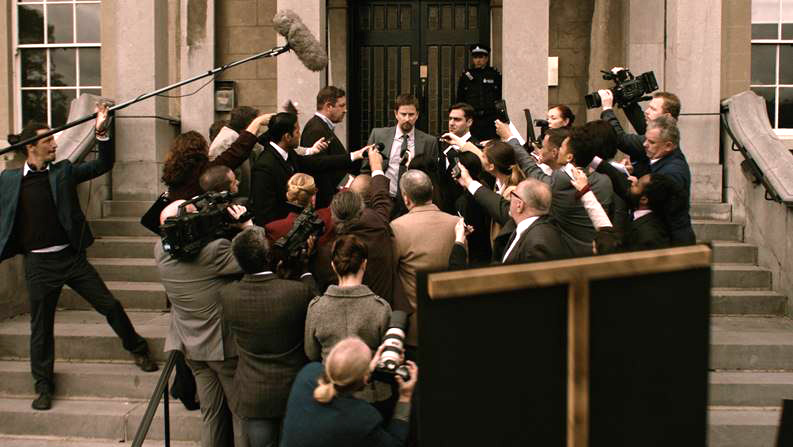 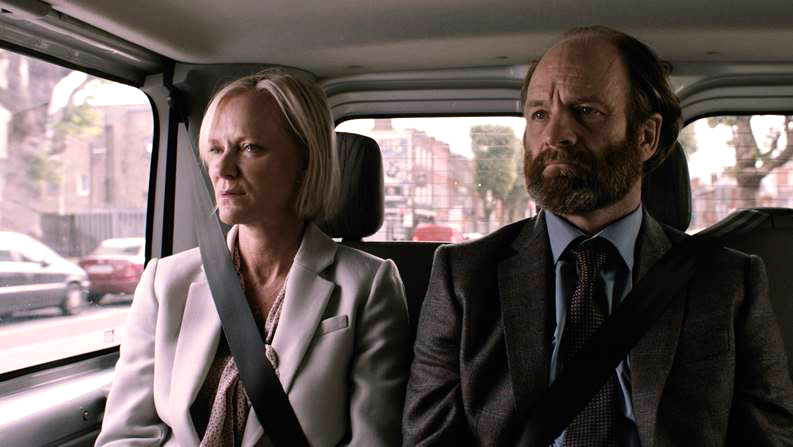 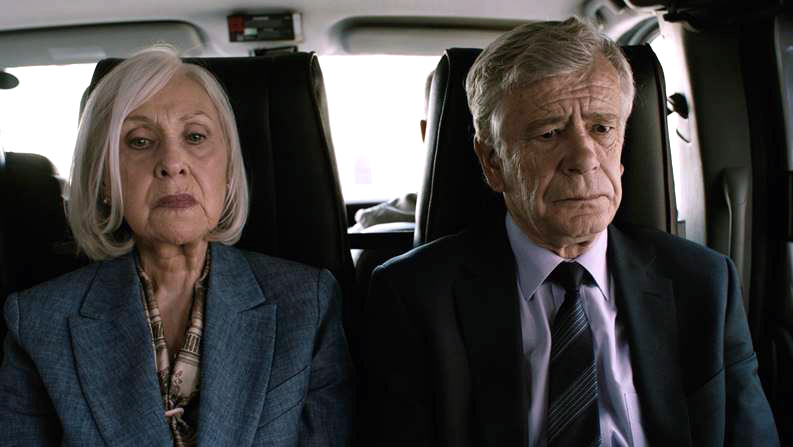 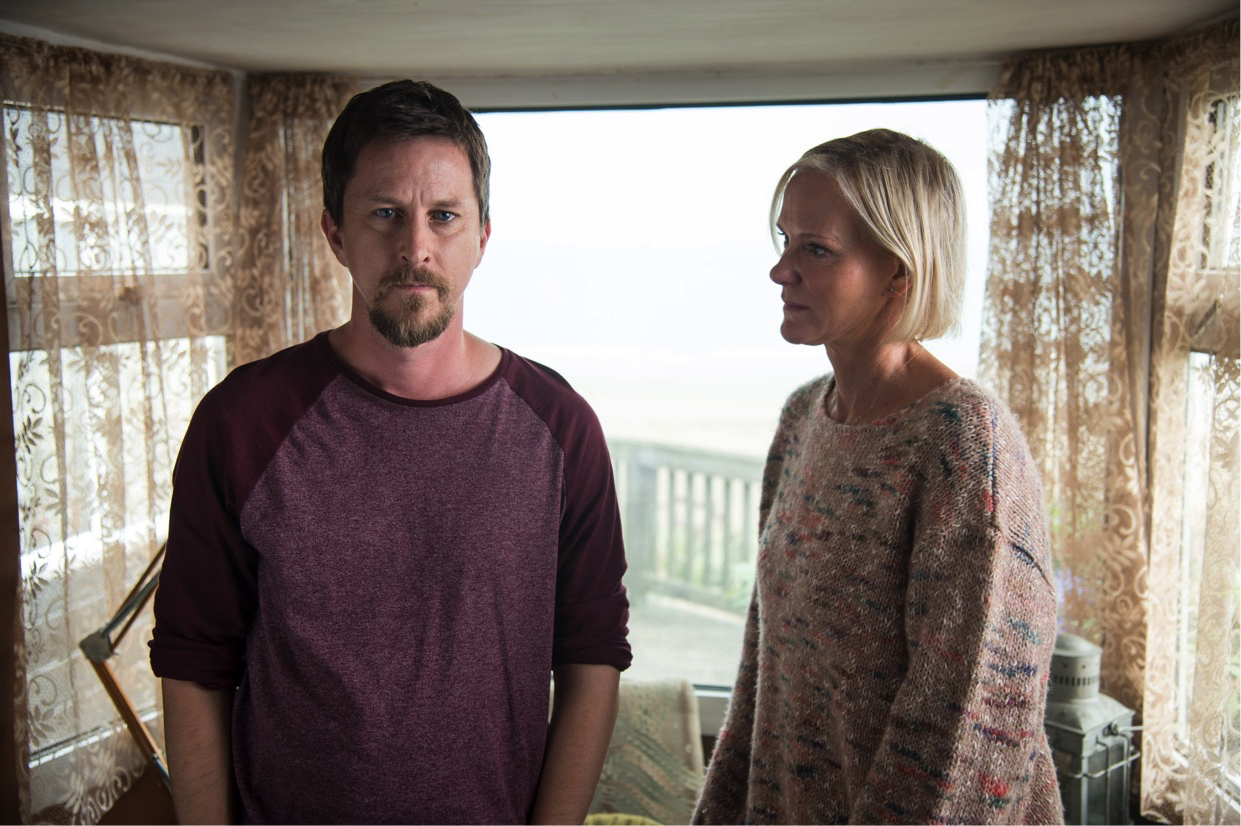 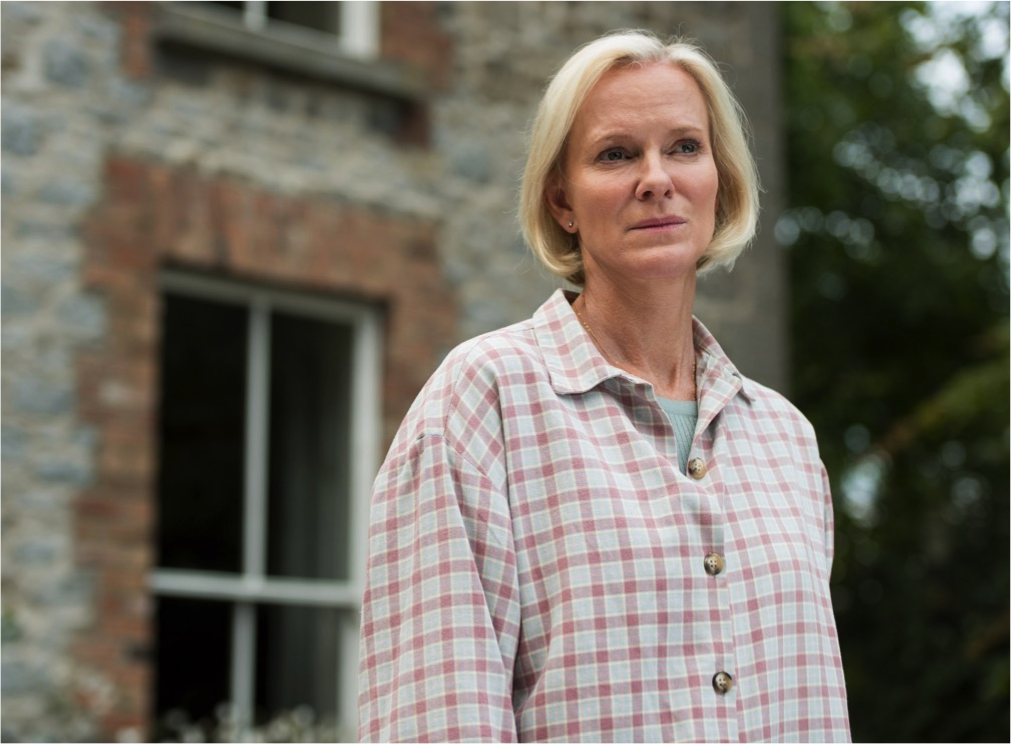 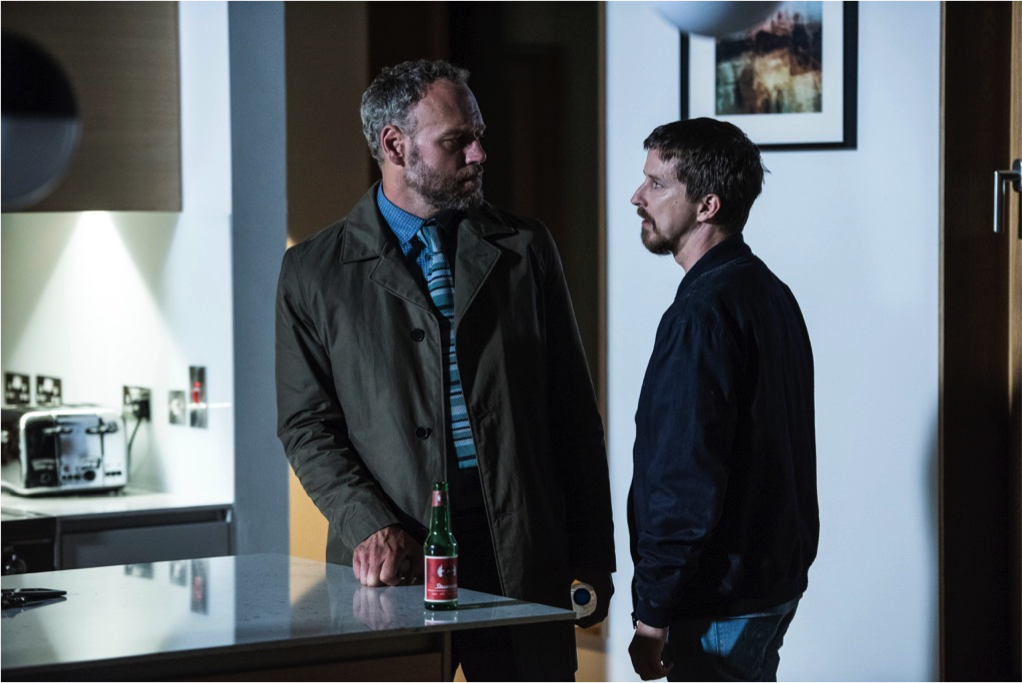 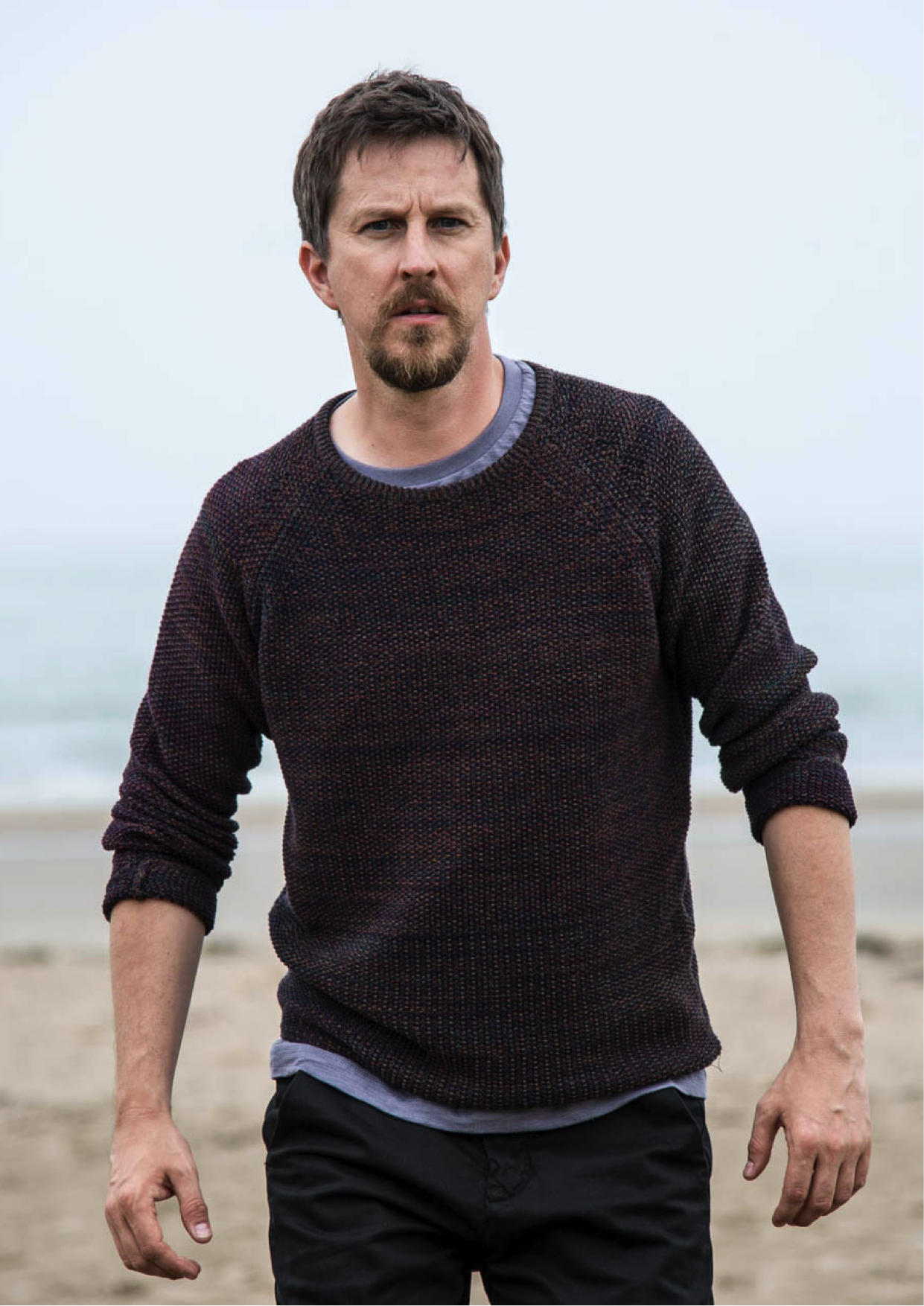 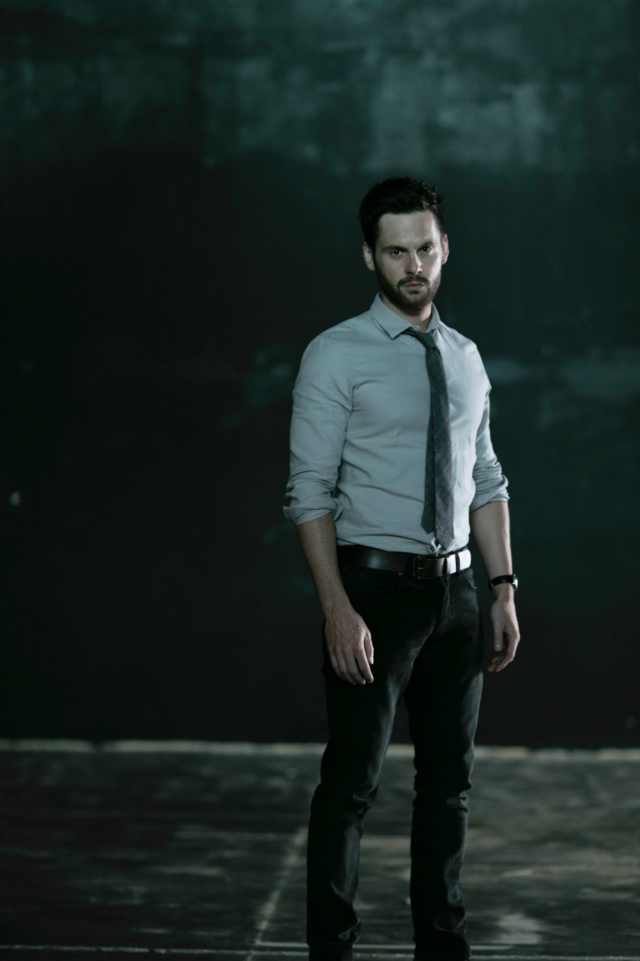 Whilst devoting his life to his work, Will Wagstaffe, also known as Staffe to his colleagues, battles personal demons. He’s haunted by the unresolved murder of his parents, which affects both his private and professional life including his on-off romance with sometimes girlfriend, Sylvie, played by Miranda Raison.  His closest relationship is with his sister Juliette, played by Charlotte Riley, and young nephew Harry, who stays with him when Juliette has troubles with her boyfriend.

With no parents and no significant partner of his own, Juliette and Harry mean everything to Staffe. Determined and tenacious, Wagstaffe is an exceptionally good police officer, in spite of the fact he’s been known for pushing the boundaries of what’s considered acceptable policing.

Written by: Chris Lang from the novels by Adam Creed

The quiet town of East Lee, in Suffolk, is thrown in to turmoil when Lorraine Mullary, a local school girl, goes missing and is then found murdered. Shock sweeps through this small market town, including the newly merged family of Rosie (Hermione Norris) and her two children, and Ben (Martin Clunes) and his two kids, their new life together now overshadowed by the threat that a killer might be in their midst. And when Rosie finds a stained pair of trainers hidden in her son Jamie’s room, she suspects it could be blood. But could her son really be involved in Lorraine’s murder?

As the police investigation continues, the emotional turmoil and stress of the tragedy start to cause tensions between the two sides of the family. Jamie seeks solace with his dad David (Paul McGann) and Rosie finds she cannot suppress the growing fear that her son might be guilty of something truly terrible.

‘A Mother’s Son is a belter, Chris Lang’s taut script is brilliantly adept at leading us in many different directions, a terrific psychological thriller’
Radio Times

A Mother’s Son offered a stella ensemble performances as the drama came to a compelling and thoroughly watchable conclusion. Searingly watchable.’
Metro

‘This is edge of the sofa psychodrama.’
The Telegraph