With several remakes under his belt, Chris Lang is penning his first original series for French TV 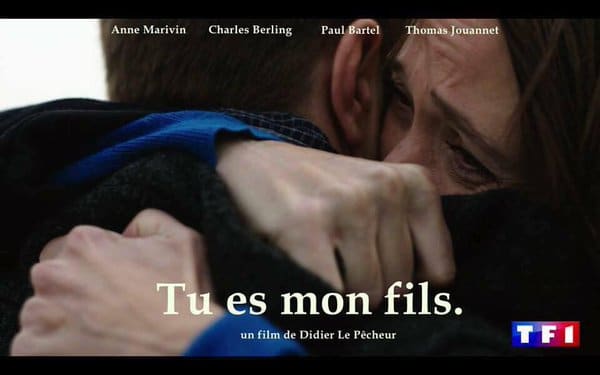 Lang has already remade two of his ITV thrillers – A Mother’s Son, starring Hermione Norris and Martin Chines, and Bradley Walsh’s Torn – for TF1 and is cur­rently adapting two more for the French commercial broadcaster.

A Mother’s Son, which was remade in France as Tu Es Mon Fils, averaged more than 7 million viewers when it aired last year, while the Torn adaptation, which will be known locally as Entre Deux Meres, has just finished production.

A version of his 2014 two-parter Undeniable, starring Claire Goose and Peter Firth, is in pre-production, while Lang is working with Julien Teisseire on a French version of The Reckoning, which featured Ashley Jensen and Max Beesley.

“What French viewers really like is high-concept thrillers that are rooted in a family reality,” said Lang. “The concept is a Trojan horse to tell a story about the way in which families interact, particu­larly when they are put under pres­sure. That genre speaks to their audience, and that’s what I do.”

Lang, who was first approached over the remakes by former ITV Studios France boss Francois Florentiny, writes scripts in English before his drafts are trans­lated into French, with attention paid to local nuances.

“It’s a different process,” he said. “You write your beautiful English prose and then it’s translated. Then you see it back eventually, subtitled, and it’s something completely different. You can spend however much time you like making some­thing sound beautiful and actually it’s going to change an awful lot.”

Lang, who was one of the writers on The Tunnel, Kudos’ bi-lingual remake of The Bridge for Sky Atlantic, is also preparing to start work on a French original in the new year.

“I’m writing an original idea, which will be a very interesting experiment,” he said. “It’s one thing them buying something when they’ve seen the original, it’ll be another when it’s a bespoke project which I’m starting from ground zero.”

The move will make Lang the latest British writer to succeed in France after Spooks writers Simon Mirren and David Wolstencroft penned Louis XIV period drama Versailles, which was produced by Capa Drama for Canal+. The show was later sold to BBC2.

Lang, who was the original drummer of British ’80s indie band The Housemartins, started out in a comedy revue group with Hugh Grant and continues to write dramas for UK broadcasters.

He is currently working on Dark Heart, an adaptation of Adam Creed’s crime novel Suffer The Children. The 120-minute thriller, which stars Tom Riley as Wagstaffe, is produced by ITV Studios for pay-TV channel ITV Encore.

The company is in production on 4 x 60-minute Innocent, a crime drama for LTV starring Hermione Norris and Lee Ingleby, which is currently being filmed in Ireland.

Lang said his intimate domestic dramas will be produced through TXTV, but he is open to working with other production companies when projects demand a bigger budget. He pointed to Unforgotten, which is produced by Mainstreet Pictures for ITV and has been renewed for a second 6 x 60-minute run.

He is also developing a drama for the BBC and is keen to move into new genres. “I want to shift a little away from crime shows. It’s incredibly hard to get non-genre shows away, but I’ve got a relation­ship drama in with ITV… and I’m hopeful,” he said.

Following his French adven­tures, Lang is set to join the swarm of British producers in LA after scoring a development project with Disney-owned US network ABC.