The Independent: ‘The way women are portrayed on TV has got to change’

Ahead of his new drama ‘Dark Heart’, the acclaimed writer explains his commitment to diversity, the terror of launching a drama, and why he gave up on acting
(Ed Power for The Independent) 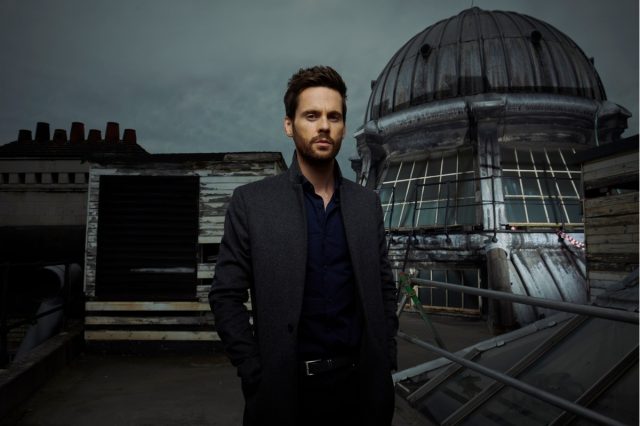 When the #MeToo scandal erupted last year, Chris Lang was naturally shocked and angered. But while relieved to have never witnessed such misconduct during his time working in British television, the blockbuster dramatist also had to accept that in less lurid ways, the industry here has ill-served women and minorities.

“Like everyone, I read those stories with horror and a degree of bafflement, because I’ve never encountered anything like it,” says the 57 year-old. What he had noticed, though, is the subtler ways in which women are undermined in the industry.

“First in terms of how they are portrayed in front of the camera,” he says. “But in addition, the opportunities they are given behind the camera. It’s just got to change.”

Lang has quietly done his bit. Unforgotten, his engrossing cold case procedural, which returned for a triumphant third series in July, featured unglamorous middle-aged leads – one a white woman, one a British-Asian man – even as it took care not to pat itself on the back for doing so.

And though his new ITV drama Dark Heart stars the more conventionally moody Tom Riley as a gumshoe detective, the writer has been at pains to portray London in all its vast, bustling diversity.

Lang insists that the casting of each of his shows is 25 per cent black, Asian and “minority ethnic” – BAME in industry parlance. It’s something on which he will not compromise.

“I do that on everything,” Lang says. “I will not let it not happen. We’ve got to start doing the same [behind the camera]. Making sure our crews and our writing teams are fully inclusive. We are slow to the table on that one. It’s got to change.”

Audiences don’t flock to his work, though, because it is a feel-good celebration of multiculturalism. They do so because of his remarkable facility for grounding the crime genre in the real world – making both heroes and villains plausible and vulnerable.

Unforgotten’s lead detectives, played by Nicola Walker and Sanjeev Bhaskar, are so everyday you can imagine meeting them at the school gates. Lang’s killers, meanwhile, tend to be ordinary people who have committed monstrous acts rather than the traditional thriller bogeymen.

But he also appreciates that the worst thing you can do in popular entertainment is continue giving viewers precisely what they expect. Which is why Dark Heart is about as far from Unforgotten as possible whilst still cleaving to the circadian tempos of the classic British crime drama.

Where the earlier series was plain-spun and unflinching, Dark Heart is heightened and noir-ish. If Unforgotten is drama without any makeup, Dark Heart arrives caked in eye-shadow and lip-gloss.

Riley stars as Detective Inspector Will Wagstaffe, a loner cop whose haunted disposition is a consequence of the mysterious deaths of his parents when he was 16. When not sulking around London’s more baroque corners, he’s busy investigating a sequence of brutal vigilante killings of suspected paedophiles.

Along with all that, he has an up-and-down relationship with his girlfriend Sylvie (Miranda Raison) and a strained friendship with sister Juliette (Charlotte Riley, last seen in Mike Bartlett’s Press).

This is, in other words, a pulp caper with its hands wedged deep in its trench-coat pockets. It’s moody and visceral, indebted to the ubiquitous Scandi noir but equally to David Fincher’s feverishly, ghastly Se7en.

“Dark Heart is as different as you can imagine from something like Unforgotten,” says Lang. “Tonally different, stylistically different… it just has a very different feel.”

He’s grateful ITV gave him the opportunity to branch out (or at least circle back – Dark Heart having started as a two-hour movie aired in 2016 on the now defunct ITV Encore). He’s just as aware that Unforgotten fans might not be exactly thrilled to see him try something so radically disparate.

“It’s kind of terrifying. But listen, it’s terrifying for everyone launching any drama at the moment. A couple of shows have landed recently. A lot have not. There are a lot of shows out there. Hopefully yours punches through. It’s tricky.”

All of his work is personal to one degree or another. But for all its superficial pulpiness, Dark Heart – adapted from Adam Creed’s Will Wagstaffe novels – feels especially close to home. Having lost his parents, Wagstaffe has had to overcome terrible tragedy (the tagline is, “Some wounds never heal”).

Much the same could be said of Lang, whose first wife, Lydia, died by suicide in 2007. He had three young children to raise and a precarious career as an up-and-coming writer for television (at the time he was working on The Palace, a quickly forgotten alternative history about the royal family).

That journey from his original calling as an actor to screenwriter was a multi-year project. When he was 24, Lang travelled to Edinburgh with his best mate to perform a spiffy new comedy routine they’d written together. The piece – a Python-esque sketch entitled The Ealing Nativity – went down a storm. So much so that were invited to reprise it on the Russell Harty show on BBC1.

As they warmed up in the dressing room, an assistant popped her head around the corner and explained they’d be doing their bit live, to eight million people. Lang’s partner-in-chuckles – an unheard of young pratfaller named Hugh Grant – was a nervy sort, not entirely confident in his talents. Lang, by contrast, took the challenge in his stride.

“I thought I was hilarious and among the finest actors to ever leave Rada,” he recalls. “When you’re young, you need to be insanely confident. I look back at some of the things I did then, and just cannot believe them.”

Yet Lang, for all his youthful self-assurance, was never truly obsessed with burning up the stage or screen. Under the brash exterior, part of him knew that, compared to many of his Rada classmates (including Janet McTeer), he was crushingly mediocre. “Acting wasn’t in me,” he says. “I didn’t have the skills. I did it because it was fun. But it was never the thing that drove me.”

Writing for the screen was where his heart lay. So as his old mucker Hugh went off to charm Hollywood, Lang knuckled down and transformed himself from callow ticklers of ribs to the architect of some of British television’s most compelling and provocative thrillers.

The 120-minute Dark Heart pilot went down well two years ago (though because of ITV Encore’s honking obscurity the audience was negligible). There was also positive feedback from international buyers – crucial as British broadcasters attempt to grow their global profile.

Nonetheless, when he went back to chop the feature into two 60 minute episodes and to then expand Dark Heart into a full, six-parter, Lang made several revisions. A more mainstream audience would be watching on ITV; the new edit had to reflect that.

“Now it’s less violent… less explicit. I had been happy putting out the original on an obscure channel – happy to do something quite esoteric. For a mainstream show, you want the audience to engage and keep coming back. There were certain things I wanted to pull back on. Violence was one of those.”

Not that the all-improved Dark Heart is exactly a frolic through the gladioli. Episode one opens with a man strapped to a bed force-fed liquor through a funnel. Thereafter it ramps up the gruesome factor with a certain enthusiasm.

As already pointed out, it’s worlds removed from Unforgotten, or his previous offering Innocent. There, the bloodshed was largely off-screen. Dark Heart is far more visceral, and it’s not unimaginable that it might cause an outcry among unsuspecting viewers. It’s the opposite of a cuddly watch.

The week of our interview, there were rumours that Netflix might swoop for series two of recent smash Bodyguard. If so, that would follow on from the streaming behemoth snatching Peter Morgan’s The Crown from the BBC.

Lang, who is somewhat improbably working on a French-language romantic comedy for Netflix, doesn’t believe the big streaming players represent an existential threat to indigenous drama. There is enough of an appetite for riveting stories to keep everyone busy.

“I watched The Crown and loved it. That has a budget of what…£10m an episode? But I would have just as happily watched Happy Valley, which costs say… £1m an episode. I wouldn’t say either is better or worse. The issue with huge budgets is that they can be spent not entirely wisely. A limited budget forces you to make canny creative decisions. Having too much money can be as big a problem as too little.”

Above all, he’s glad drama has regained its place at the heart of British television. A decade ago, all the chatter was that reality TV was steamrolling everything else. Today X Factor, Big Brother et al are seemingly in a death spiral, while Unforgotten and Bodyguard have become national talking points.

Not that Lang is sniffy about his viewing habits. Last night, he curled up to The Great British Bake Off with his family (he has remarried and now has five kids). He was as riveted as the rest of us by each triumphant sponge and tragic tartlet.

“Bake Off is drama masquerading as a cookery show,” he says. “A lot of those shows have built-in drama – and the editing is so clever.

“Ten or 15 years ago,” he continues, “those shows were doing very well and people were predicting the end of drama. It’s expensive – reality costs a tenth of what drama costs. But people like stories – they are an important part of our life. Drama offers a shape that the real world often doesn’t. And we need that.”